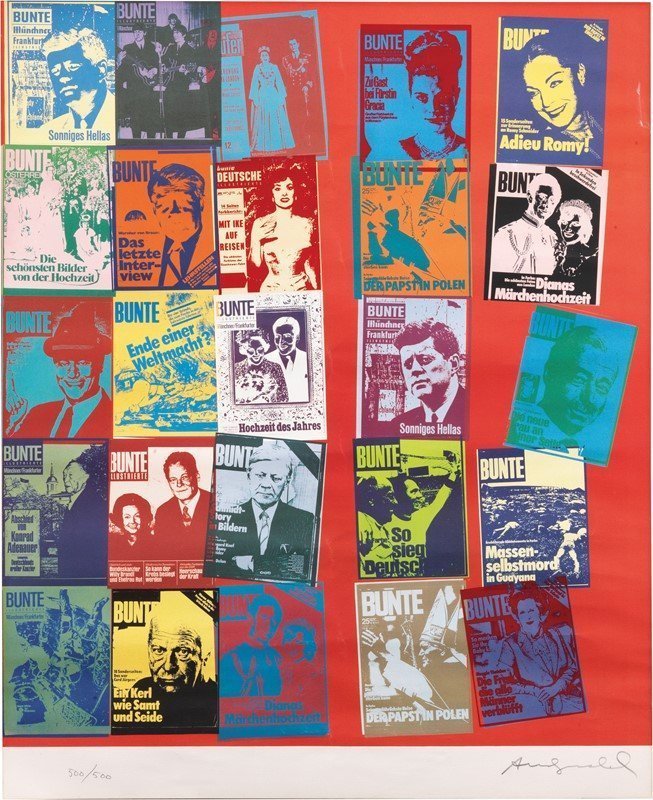 Stamp The Estate Of Andy Warhol on the reverse

Magazine and History is a 4.3-meter-high painting by Andy Warhol completed in 1983 and part of the Hubert Burda Media collection.

Hubert Burda had visited Warhol in New York City and commissioned him with several portraits. He was impressed by his approach and his magazine Interview founded in 1969. It inspired him to modernize the format of Bunte magazine.

In this print, each magazine cover is represented in a different color, acting as individual tesserae forming a different sort of multi-colored mosaic.